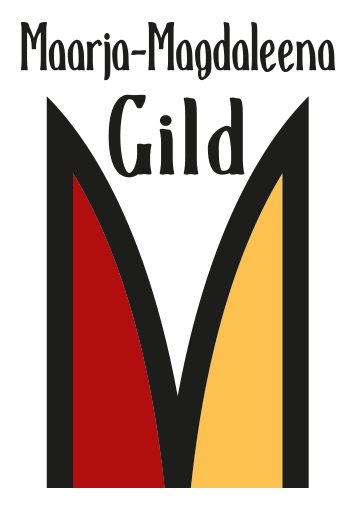 Mary Magdalene Guild – excellent Estonian applied art and handicraft beaming with the warm touches of the artisans. Here you can buy and custom order the work of art of the acknowledged artisans and craftsmen of Pärnu.

You will find the guild house in the heart of the town at 5 Uus Street, just beside the historical Steiner’s Garden. The guild obtained its name after the oldest known craftsmen guild in Pärnu.

We value traditional craft skills and carry on local cultural traditions. The masters create unique products by combining the historical heritage with high artistic standards and professionalism. Although we honour the traditions, we also value the modern day: in our house you will find artisans for whom handicraft and applied art is a life style here and now.

Mary Magdalene Guild is evolving into a relevant centre of professional know-how. The guild house provides good conditions for year-round professional creative work and enriches the opportunities of the local residents and visitors of Pärnu for hobby education and spending free time. We offer on a regular basis various workshops and courses for specialists and for adults and children looking for new experiences. We apply the master-fellow-apprentice system. While visiting the guild house you can also enjoy interesting concerts, plays and exhibitions and hold your seminars and meetings.

Our goal is also making the life in our home town a little more exciting and therefore we organise handicraft and art events, fairs and concerts.

We love our speciality and you can be a part of it by visiting us.

It was the first decade of the new millennium. A number of young and energetic industrial artists and artisans with their active mentality happened to live in this a little bit slow, but a lovely small town Pärnu. We held exhibitions together in Pärnu and elsewhere in Estonia, we were anguished for the fate of our specialities in our home town.  We founded the Pärnu Applied Art Association in 2006 and it gave boosted our activities even further.

We wished to attend the Pärnu Hanseatic Days 2007 together and were looking for a name for our group. Ceramist Ene Tapfer suggested the name Mary Magdalene Guild as the oldest known craftsmen guild that operated in Pärnu. All our activities in the following years were based on the medieval and hanseatic spirit and ideas. After all, we were approaching the International Hanseatic Days 2010 in Pärnu.

In the spring and summer of 2007 we were starting to recognise that there needed to be a house in the centre of Pärnu where people could make, see and buy handicraft and applied art items. How? Where? What kind of? The summer passed with heated discussions. The heart was formed of Herdis Elmend, Kadri Rebane, Tiit Kask, Jüri Soo and Leili Kokk who founded the non-profit organisation Mary Magdalene Guild on 13 September 2007. This is the date we deem to be the anniversary of the guild.

Goals of the organisation were to establish and thoroughly develop a centre of creation and know-how operating year-round uniting the applied artists and artisans and to evolve the specialities in every way.

We got acquainted with fascinating building in the heart of Pärnu. The historic Mohr’s Barn caught our eye, but fate its’ way and we did not settle there. We continue the journey and aimed our creative efforts in evolving the principles and content of our idea. We took part in pleasant handicraft events and organised some on our own. Taking part in the delegation of Pärnu in the International Hanseatic Days in Salzwedel, the Tree of Good Wishes, Christmas Fairs, weaving carpets for the library with the townspeople are just a few of the most memorable events.

In 2009 we had an opportunity to rent from the town government an exciting building in the heart of Pärnu town, on 5 Uus Street, just by the historic Steiner’s Garden. Since the house provides spaces for approximately 20 studios, we welcomed many brilliant people who are all devoted to their profession to join the guild. We opened our hearts and doors to those who know how to appreciate the warmth and creation, to children and adults, to the townspeople and the visitors. We were noticed and rewarded with the Tourism Innovator Award by Enterprise Estonia in 2010. In 2011 the heads of the guild house, Herdis Elmend and Kadri Rebane, received invitations to the ceremonial reception by the President of the Republic of Estonia and Toomas Hendrik Ilves visited the guild house personally and even got his hands in clay to craft. We brought the Pärnu Guild Days back to life and the event has become an annual craft festival of the summer together with dancing, singing and merry festivities. Although it seems that the guild house is a little quieter in the winter, our masters and artisans have their hands full with creative work and heads filled with new ideas